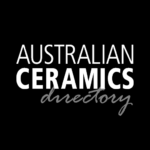 This listing is being maintained by its rightful owner.

Gudrun Klix has been working with clay for over 45 years. Her passion for clay began in Portland Oregon after participating in a clay camp in Canada. There the group dug their own clay from which they made pots and built and fired a small kiln from hand made bricks. On her return home Gudrun constructed a kick wheel from a kit, joined a potters group and set to work learning how to throw, glaze ceramics, fire and build kilns. Initially she produced thrown functional stoneware inspired by the Mingei tradition of Japanese folk ceramics. She soon however felt the need to develop further and was accepted into one of the top ceramic MFA programs in the US. In the mid-70s Don Reitz was then head of Ceramics at the University of Wisconsin and he became an invaluable mentor for Gudrun. It was there that she became interested in sculpture and installation and began experimenting with a range of ideas that questioned expected notions of the material. She also began incorporating non-ceramic materials while at the same time referring back go the basics of and origins of clay. This interest and a deep reverence for nature imbedded as a child growing up on the NW Coast of the US of the USA has continued throughout the years and into her current practice.

In 1981 she joined the staff of the Tasmanian School of Art (Hobart) where she headed the ceramics department and three years later the Sydney College of the Arts. There she developed coursework, taught and supervised all levels of ceramics from beginners to PhD candidates, remaining until her retirement in 2006. Throughout this time she actively continued to develop her art practice, taking a deep interest in and referencing the Australian landscape in her work. Most recently she relocated to Mullumbimby in Northern NSW, where she is currently re-establishing her studio and art practice.

Her work over the years has included free standing sculptures, vessels and installation works and she has shown these throughout Australia, New Zealand, America and Europe and parts of Asia. Gudrun has participated symposiums, conferences and artists’ residencies as well as being an invited guest instructor at various art programs in Germany. Her work has been featured in numerous art publications, including Ceramics Monthly in the USA, Ceramics Art and Perception, Neue Keramik, M. Osterman’s – Masters of Earthenware, The Ceramic Narrative, Pipenberg’s The Spirit of Ceramic Design, and in 2010 her work was featured in the NCECA invitational exhibition “Earth Matters” in Philadelphia. The following year her work “On the Table” won a bronze prize in the prestigious Geonggi International Ceramix Biennale in South Korea and in 2015 she won first prize for indoor sculpture in Harbour Sculpture in Sydney.

Gudrun Klix is a member of the International Ceramics Academy.